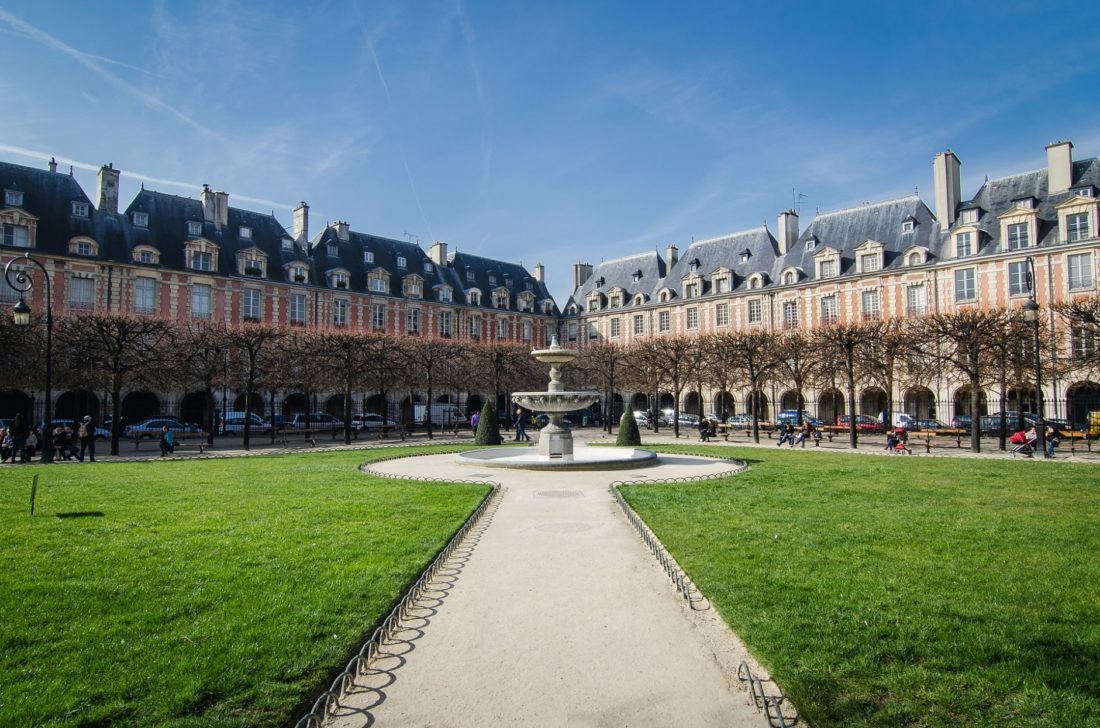 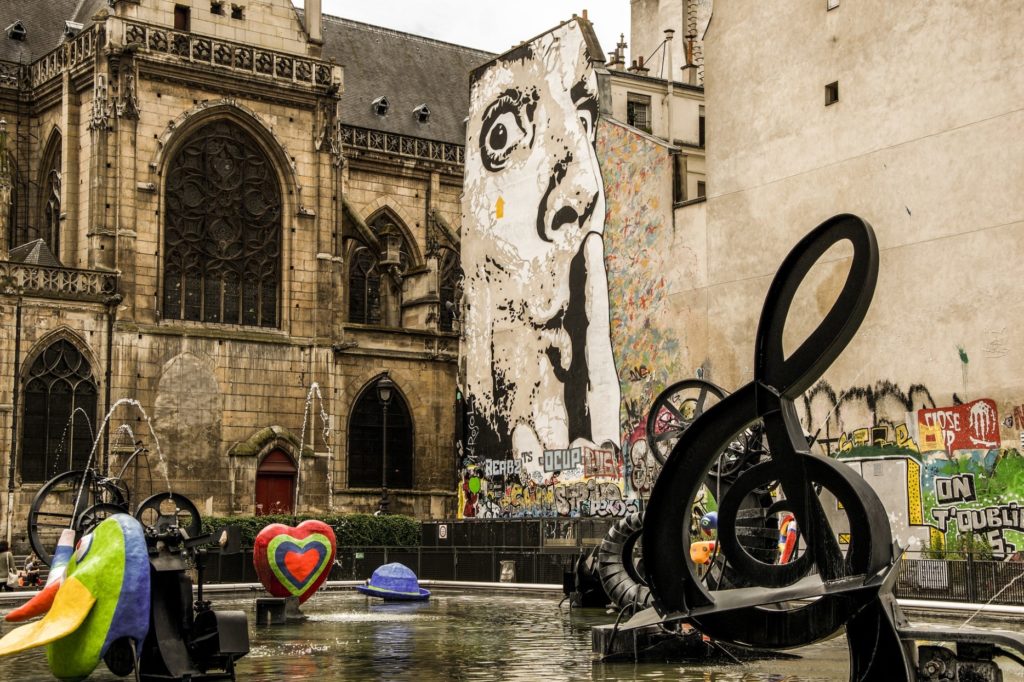 The Marais is one of the oldest districts of the capital, established originally on a vast swampy zone (where the name comes from « Marais »), it possesses 141 classified historic monuments buildings as the Place des Vosges where numerous artists and in politics lived.
This district is the witness of our past’s vestiges and France History. From the Royal court of Louis XIV to the gay community, including the Ashkenazi Jewish population, the « Old Paris » possesses another young and dynamic soul which always seduces visitors so much.

The district was built in the XIIth century on the former bank of the Seine. Having been dried up, swamps were put in culture by religious communities and transformed into kitchen garden for the city of Paris. The religious and military order of the Knight Templars installed establishments there. The district knew its golden age at the beginning of the 17th century, when king Henri IV decided to build a sublime square dedicated to the stroll: the place des Vosges (inaugurated in 1612).

Spared during the Haussmann restructuration of Paris, it is a district of an exceptional architecture where we can find a large number of luxurious mansions from the 17th century, which shelters today mainly museums.
It is also one of the trendiest districts of Paris with its museums, art galleries, boutiques, tearooms, restaurants, coffees and shops.
Over the centuries the Marais has known euphoric periods and others more nostalgic. Becoming alternately a very smart residential, favored by the aristocrats and the crowned heads, and a district sinks to be avoid.

Explore the Marais, one of the most fascinating districts of Paris, during a private walking tour. Dive at the heart of the glorious past of the district, discover in particular the medieval architecture of Philippe Auguste’s wall, and the Hotêl de Sens, but also the Village St Paul, the baroque Church of Saint-Paul Saint-Louis, the Place des Vosges, the Hotel de Sully, the famous street « La rue des rosiers » and Centre Pompidou, modern art museum…
Thanks to this unique tour, your guide will allow you to explore the various facets of this exceptional district by delivering you a multitude of stories and fascinating historic anecdotes.