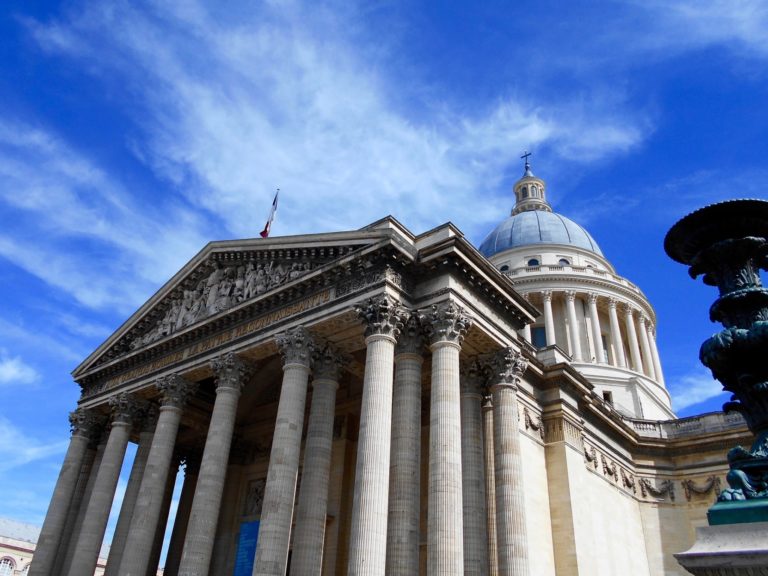 Guided tour of the Latin Quarter

The Latin Quarter is the cradle of Gallo-Roman Lutetia, intellectual heart of the Middle Ages, today’s real symbol of the student life… it’s literally the witness of Paris History.

Endowed with an incredible cultural wealth, the Latin Quarter attracts and amazes the passers-by.

Let’s meet by the Saint Michel fountain, a few steps away from Notre Dame Cathedral and the Ile de la Cité. This will be the perfect place to start our visit by talking about Paris in the Gallo-Roman period, because it’s in this part of the city, that the Romans decided to settle and establish their public monuments. To prove it to you, there is nothing like going to see the Roman Baths of Cluny !
We will then head to the Sorbonne, where we will talk about medieval Paris. During the 13th century, this district will host a multitude of colleges and schools. Classes were given exclusively in… Latin, hence the name of the neighborhood to this day!
Next stop will be the Pantheon and the Luxembourg garden,  maybe the most famous sites of the Latin quarter. A few steps away from the garden we’ll head towards the Saint Germain des Près district, intellectual heart of Paris in the 20th century, where writers and artists used to gather. On the way we will admire the church of Saint Sulpice, we will pass by the famous Café de Flore and Les Deux Magots to finish at the foot of one of the oldest churches in Paris and the first necropolis of the Kings of France: the church of Saint Germain des Prés.
From the Gallo-Roman era through the medieval times and the 20th century, let’s dive together in this fascinating facet of the history of intellectual Paris in the Latin Quarter !
To know