The Conciergerie is the last vestige of the City Palace which was, from VIth century, a royal house and a place of power. It is in 1793, that the palace becomes the mecca of the Terror, when the revolutionary court settles down in the Palais de la Cité and that thousands of prisoners are locked in there, of whom Marie-Antoinette.

The Conciergerie is situated within the current Law court of Paris, on the Ile de la Cité, very close to the cathedral Notre-Dame. Between 1242 and 1248, Louis IX (Saint-Louis) added to the Palais de la Cité the Sainte-chapelle, to put diverse relics of the Passion of which the Crown of thorns. In the XIVth century, Charles V decides to leave this palace for the Louvre and confides the administration to a bursar, or Caretaker. From then on, his function of court and prison is strengthened. The revolutionary Court settles down there in 1793 and the Conciergerie will become the high place of the Terror promoted by Robespierre. Thousands of prisoners will be locked there, of whom Marie-Antoinette.
The Conciergerie remains one of the last testimonies of the Gothic architecture of the XIIIth and XIVth century within the capital.

Meet your guide outside the metro stop Cité ( L4)
Discover first the Conciergerie from outside, admire the famous clock tower, 47 meters high and its sundial in the glory of Henri III dating from 1585. Penetrate then within the monument. Discover the medieval rooms with impressive proportions, as the room « des gens d’armes », which, with its 8,50 meters high vault and its Gothic style was used as dining hall to the king’s employees and is the biggest medieval room remaining in Europe. Called ” the anteroom of the guillotine ” during the Revolution, you will aslo see former cells reserved to the ” enemies of the Republic “, and the chapel dedicated to Marie Antoinette on the place of her confinement.

A unique visit awaits you in this sometimes underestimated but symbolic building of France History! 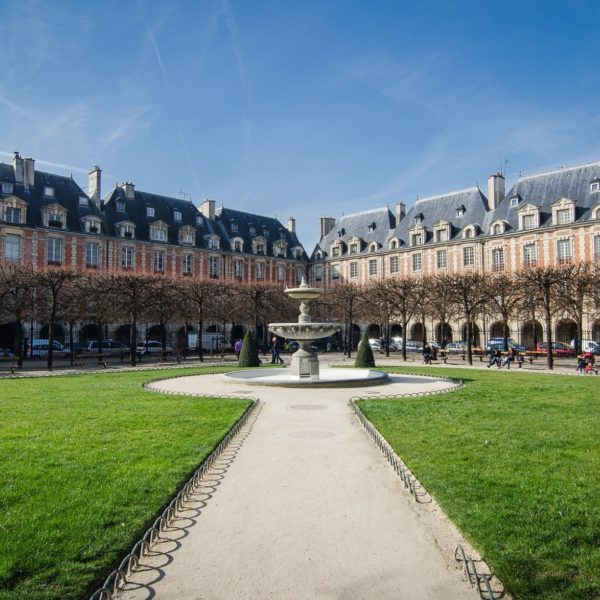