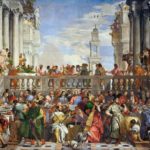 The French national holiday takes place on July 14th, you probably know it . But why this date? If you’re about to answer « Bastille day », well, it’s not completely right…
At the most, It represents a symbol. This same year of 1789, much more important days could be remembered ! May the 5th (opening of the general states by Louis XVI), June the 20th ( the Oath of the « Jeu de Paume »), August the 4th (abolition of the privileges and of the feudal lords rights) or even October the 6th (crowds heading to Versailles to request some bread) These dates would all be dates which would also deserve to be celebrated.

So, why then, among all the important dates of this French History, did they chose the 14th, day of the storming of the Bastille?
To understand it, we need to move forward in the time: the reason takes place in 1880, almost a century after the events. Republican members of parliament are brought to choose a glorious date as a national holiday. The debates are long and fascinated! What dates to choose? The bourgeois Revolution of 1789? The democratic revolution of 1792? The revolution of 1830? The one of 1848, or even the revolution of 1870? Choices were not lacking!

It’s the deputy Benjamin Raspail who proposed the adoption of July 14th as a French Republic holiday. In the Senate, deep discussions took places, because this date was far from making unanimity. For this French national holiday, they wanted a symbol of the nation’s unity, the birth of the Republic. The storming of the Bastille, on July 14th 1789, is one of these symbols. But it is considered too painful and bloody by the senators. It is thus July 14th, 1790, date of the Federation festival (Fête de la Fédération), that will be preferred, ” having cost neither a drop of blood nor a tear “.

The French national holiday thus commemorates the Federation festival (Fête de la Fédération), which took place on July 14th, 1790, for the first anniversary of the storming of the Bastille, on the initiative of La Fayette to celebrate the french federal national gards. It aimed to be an event of reconciliation and unity of the French people.

Destruction of the Bastille, Hubert Robert, 1789